More Actors, Celebrities and Politicans are turning to Hypnotherapy more than any other alternative

Public speaking is documented as being the highest rated fear suffered by most people, right next to heights, death, and water. Yet scientists believe that we were born with only 2 fears, and they may surprise you: the fear of falling, and the fear of loud noises.

The idea of ‘Celebrity’ has escalated into the public eye at a rate that has been extraordinary, and with social media and the Internet, you are able to become famous and be pushed into the public eye much faster than perhaps 20 years ago. Reality TV shows for everything from cooking to singing has presented a platform for many who have no prior experience of being exposed to the masses and have no training in media or marketing themselves. This can cause anxiety (which I address in an article below).

Over the years, many celebrities have utilised Hypnotherapy to help to overcome fears such as public speaking, performance and stage fright, coordination, and stuttering.

It has recently been reported that Kate Middleton, the Duchess of Cambridge, has seen a Hypnotherapist in London to help her to overcome her negative thoughts about food, and to help her relax during morning sickness. 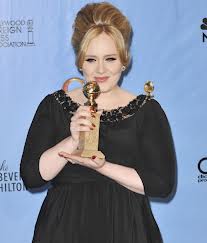 The latest celebrity who is known to have seen a Hypnotherapist is the Oscar winning recording artist Adele. She has spoken about suffering from severe stage fright and panic attacks about performing. She joins a list of many famous actors and performers, notably Kevin Costner & Mark Knopfler, just to name a few, who have found the therapy helpful and life changing.

The good news is that more people are willing to speak publicly about the therapies that have helped them to overcome their difficulties.

Hypnotherapy regulation is still ongoing. I am a member of the General Hypnotherapy Standards Council which form the Working Group for Hypnotherapy Regulation.

“Single voluntary self-regulatory bodies should be established for the Complementary and Alternative Medicine professions most widely practised in the United Kingdom and these bodies should have a single independent body funded by registration fees and a Governing Council made up of a balance between professional and lay members”.

For more information on how to book a session: Website: Nine Peaches Therapies Holistic Therapeutic Consultancy