Can you make a difference with Prayer?

We often use the term ‘prayer’ to apply to many aspects of our daily lives. You pray that you get a good result on an exam. You pray that there is no traffic for your journey. You pray that the doctor tells you something positive about your health. You pray it doesn’t rain because you forgot your umbrella. You pray for the victims of the latest natural disaster. You pray for your family and friends. You may even pray that someone trips and falls, or worse drops dead. One look at social media and you see that there is an abundance of ‘prayer’ where people pray that people go certain places and do certain things, not all of them nice things, acceptable things or even possible things.

My definition of prayer is an intentional focused outcome for a specific situation, person or thing or an articulation of thought for an outcome such as forgiveness or gratitude.

There is no one way to pray. Prayer is practiced in solitude or among many, indoors or outdoors, silently or out loud, hands clasped or not, head bowed or not, kneeling, standing or sitting, eyes opened or closed. The practice is as diverse as is the direction to which or whom which the prayer is directed. For some, a deity or a Saint is the focus of their prayer, a Master or a statue, or all three of a Holy Trinity. Some chant words to exemplify prayer and this is not to anyone or thing. 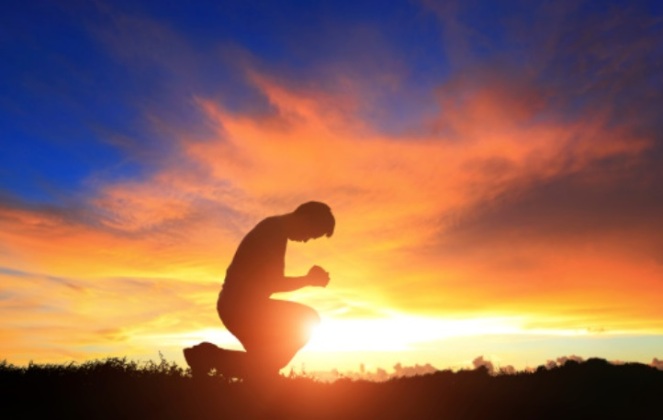 The practice of prayer can be separated from the practice of religion, simply because of the practice itself. Prayer is prayer, whatever way you do it. If you focus your attention on a specific desired outcome and ‘pray’ that the outcome is realised, then you have prayed. Whether you are in a Synagogue, a Church, the forest, a field, on a bus, in your car, or a living room. You have prayed.

This diversity is reflected in human prejudices about how other people pray and to what or whom they pray. Steeped in ego, people want to believe that they are praying correctly. That they are doing it right. That their God is the right God. And this ego will judge others and deem them as praying wrongly. If the Jew prays for the ending of starvation, the Catholic prays for souls of the dead, the atheist prays for understanding, the Hindu prays for unity, the Muslim prays for the end of war, the Buddhist prays for equality, or the Spiritualist Medium prays for world peace, they have one thing in common. Prayer. Separate from their belief system, they share a common understanding and belief that if they focus their attention onto a desired outcome, that they are contributing to realising that outcome. This is the power of prayer.

Dr. Koenig — director of Duke’s Centre for Spirituality, Theology and Health says that a study published in the Southern Medical Journal illustrated that prayer has a remarkable effect on patients with hearing and visual deficiencies. 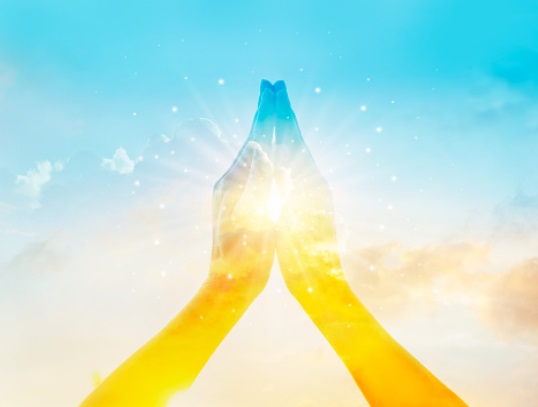 There is still some question about the efficacy of prayer and if the outcomes can be measured. This is the same as measuring the effects of distance healing, as it requires the same focus of intent.

The practice of prayer is powerful, no matter your chosen religion. Will you turn down prayer from the Evangelist as you are laying in pain on your deathbed, because you are a Sikh?

Right now, this very moment, if we as a collective ‘world being’ chose a common focus, for instance, a resolution to a crisis in any part of the world, the world would go to their own chosen ‘corners’ and begin their devotional. They would devote time to focus on the desired outcome. However, each person decides to do it, it is this focus that is defined as prayer.

Meditation can often be prayer. However, it’s practice is usually to clear the mind of its own thoughts. This is different from intentional prayer. 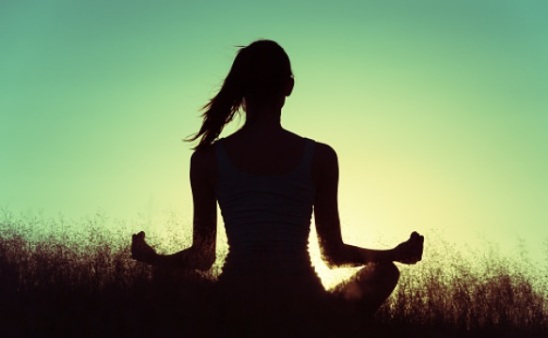 The world may choose to continue to distract itself with the nuances of humanity and judge them for their beliefs. However, prayer has been proven to help in many ways. It may not always require faith, as even the atheist often prays unknowingly when he wishes someone luck, or a happy birthday. But it does require hope and the charity to spend the time to do so for the benefit of yourself and others.